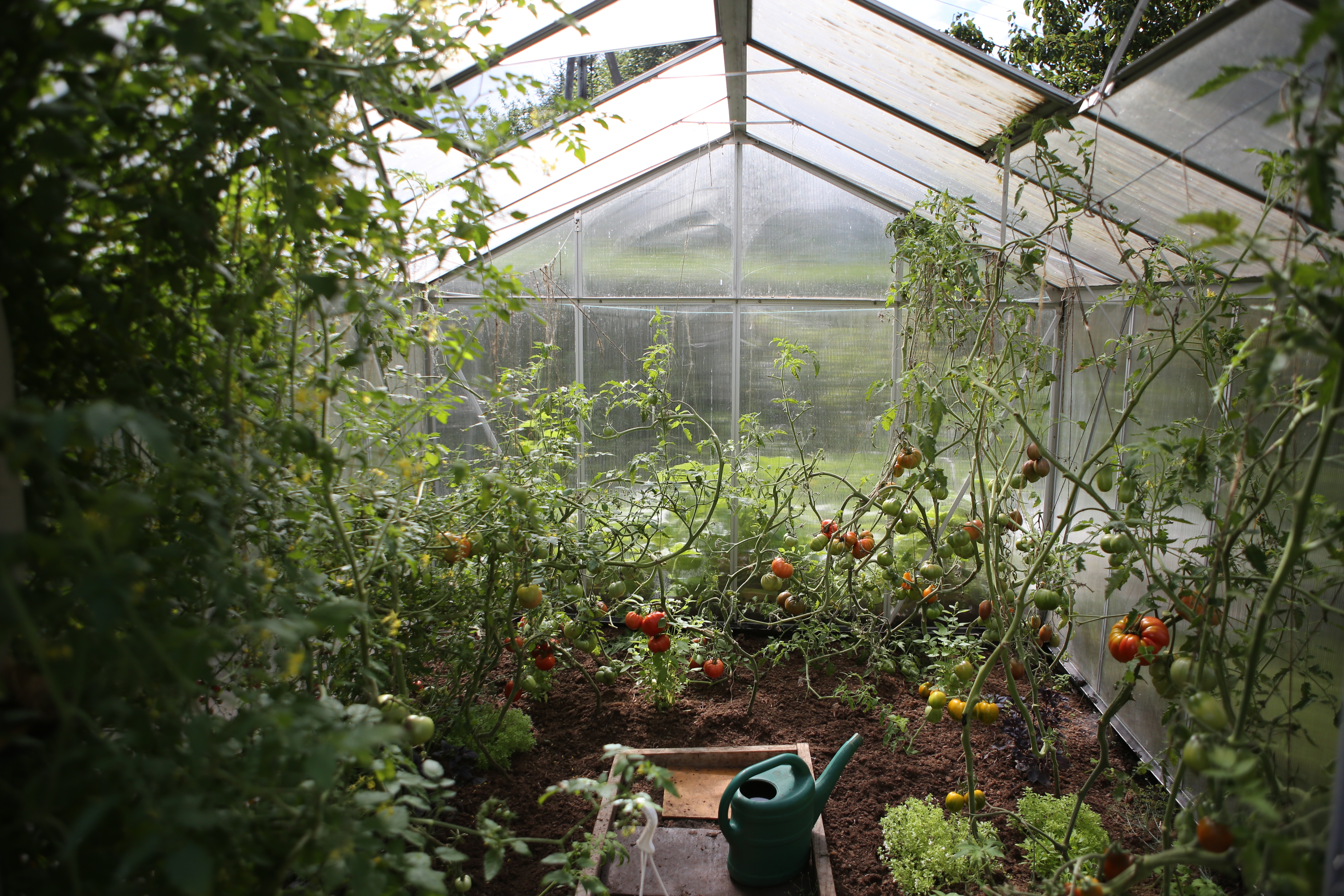 Ever since Adam and Eve left the Garden of Eden, humans have been trying to reclaim some sort of sacred space. By sacred space, I mean a physical space set aside for encountering the sacred, for experiencing God’s presence. The keyword here is “physical.” Sacred space is the God’s spiritual presence breaking into our physical reality. But there’s an interesting twist on sacred space that we see throughout scripture, something that I think could help us a lot as we prepare to embark on a journey through the spiritual disciplines. But first, let’s talk about how the spiritual disciplines relate to the creation of sacred space.

Spiritual Discipline: The Intersection of Spirituality and Physicality

Western Evangelical Christianity is heavily influenced by a ton of philosophies outside of streams of historical Christian tradition. I grew up in a very dualistic Christian culture. God’s spiritual domain was somewhere out there, and our physical earth was something else entirely. Almost like a Matrix, our physical reality was somehow less real than God’s spiritual reality. The key to connecting with God, then, was for us to somehow transcend our physicality in order tap into that spiritual realm. For me growing up, this was sacred space. It was somehow trying to escape my unholy physical nature in order to enter some sort of sacred spiritual state.
But the idea that we somehow have to ascend outside of our physical natures in order to connect with God’s spiritual nature is heretical. There’s no need for us to ascend, for God already descended into our physical nature. The incarnation is the ultimate creation of sacred space. God fully communed with humanity not outside of our physicality but intimately embedded within it.
So when we talk about spiritual disciplines, the idea is not to somehow transcend our humanity, but to fully embrace it. The disciplines are a way for us to fully experience what it means to be fully human dwelling in the presence of God.
We’ll explore this idea in more depth as we move through the disciplines, but for now I want to shift our attention to a brief outline of the narrative arch of sacred space in scripture.

Eden and the First Sacred Space

The Garden of Eden is the first sacred space described in the Bible. Before sin entered the world, humans and the divine lived together in community. The first man and woman were not somehow transcendent from physicality. They were fully human experiencing the full depth of God’s eternity through their own physicality. But we all know the story. The tree, the fruit, the serpent, the choice. Humans were cast out of God’s presence and we found ourselves without sacred space for the first time.
Flash forward a few hundred years and we see a picture of human beings attempting to create their own sacred space: a tower near the city of Babel. But this wasn’t just any tower. It was likely a ziggurat, or a tower designed as a staircase for the divine to come down to earth. Interestingly, God does come down to see what they’re doing, but not in the way they expected. Human beings were trying to control the narrative and create sacred space for themselves, to manipulate the presence of God for their own purposes. It didn’t end well. Confusion, languages, and an unfinished project.
God’s response to this tower, to humanity’s attempt at creating sacred space, was to set aside a man and his family for God’s own divine purposes. Through the family of Abraham, God was planning to bring sacred space back to earth. This was done not through a giant tower, but through a nomadic group of people with a tent.

The Tabernacle and the Temple

From Abraham and Sarah came Isaac, from Isaac came Jacob, and from Jacob (a.k.a. Israel) came 12 sons, each of whom became their own Tribe of Israel. God makes it clear that it’s this group of 12 tribes that will administer God’s presence on earth. It was the community that was to be the sacred space. In the midst of this people, there was actually a space that was sacred. The tabernacle, with the Holy Place, and the Holy Place of Holy Places. But the idea here is not that God lived in a particular place, but in the midst of God’s people. The God of the Israelites isn’t a God that demands huge temples, extravagant statues, tall skyscrapers, or any other display of wealth. The God of Israel is a God who pitches tents with God’s people.
Fast forward a few hundred years. Israel now has a human king and is beginning to look a lot more like the nations around it. And what was King David’s plan? To build an huge temple full of extravagant architecture and displays of wealth. God’s response? “Nope. You’re not going to build me a house; I’m going to build you a house.” He was talking about the future of the Davidic kingdom, which would see no end, ultimately finding its fulfillment in the long-awaited Davidic Messiah, Jesus of Nazareth. But the point here is that once again we see God defining sacred space differently than human beings. Sacred space wasn’t about building a temple any more than it was about building a ziggurat. Sacred space was about God dwelling with God’s people in the context of community.

Spoiler alert: David’s son ends up building the temple that David wanted to build. It’s big, it’s extravagant, it’s a giant display of wealth. It was a major flex. This temple, despite the fact that it was the lynchpin of God’s presence on earth, was destroyed. It was eventually replaced with a less extravagant temple, which was then renovated by King Herod in an attempt to return the temple to is Solomonic glory. But again, all of this was more about flexing than it was about sacred space. Which is why Jesus can go in there and say things like “I’m going to tear this place down and rebuild it in three days.” It’s why he can casually walk inside the temple and start flipping tables. It’s how Jesus is eventually sent to death row because of his blasphemous crimes against the temple. It’s because Jesus understood something that humanity has been missing ever since Adam and Eve walked out of the garden: sacred space is not a means to an end. It’s not a way to manipulate God’s presence for our own gain. Sacred space isn’t about showing the rest of the world how much money we have or how much God loves us. Sacred space is about dwelling with God in community.

Sacred Space and the Church

Jesus once said, “When two or more are gathered in my name, I’m there in their midst.” Growing up in an incredibly individualistic culture, this verse never set well with me. You mean to tell me when I’m sitting in my bedroom reading the Bible and praying, Jesus isn’t really there with me? In one sense, I was missing the point of the verse. It wasn’t about God’s presence with me as an individual. It was about God’s presence with God’s people, with the community. But in another sense, I think I was onto something.
I’ve come to learn over the years that my motivations were not as pure and holy as I used to think. Why would I sit all alone and pray? Why would I seek God’s presence? Because I wanted to strengthen my relationship with God. I wanted to experience God’s presence. I wanted this, I wanted that. It was about me and what I could get out of a spiritual encounter with Christ.
Something that Jesus understood that I think we have a hard time with in western cultures is that God’s presence is mediated through community. Sacred space is about God pitching a tent out there, in the midst of other people. It’s not about me building something with my own hands, or seeking to experience God’s presence in my own closet. It’s about God’s presence changing the world through the community in which God lives.
I say all this here at the outset as a reminder that anything we do in our own personal spiritual lives is not about us. It’s not about our own spiritual growth. It’s not about what we can experience personally. While I do believe engaging in the spiritual disciplines can have incredible benefits on a personal level, this is secondary. The main purpose of engaging in the spiritual disciplines and building sacred space is so that God’s community can do what it needs to do in the world in order to partner with God to fulfill God’s purposes.
So prayer is not about me. Reading the Bible is not about what I can do. Fasting is not about denying myself. All of these spiritual disciplines work together for a particular purpose: building community and sculpting the body of Christ.
When two or more are gathered in the name of Christ, he is there. That’s not to say he’s not there when it’s just you or me doing our own thing all by ourselves. But it is to say that the Gospel in its full breadth and depth is not about you or me and our own thing. It’s about something so much bigger.